There is not a week of office visits that goes by without at least one patient presenting with inappropriately-placed upper lid incisions from prior surgery.  Within the past week, there were two such notable patients:

At any rate, the lid crease is important and should be part of every upper lid surgical plan.  Additionally, the placement of the incisions and their surgical closure is very important in cosmetic blepharoplasty.  For reference, a close up of the incisions at 3 months postoperative is presented below, along with a marked up version of the photo, showing where the actual incisions were made.  Full incision healing can take more than 6 months, but the majority of the healing happens within the first month or two, as shown below: 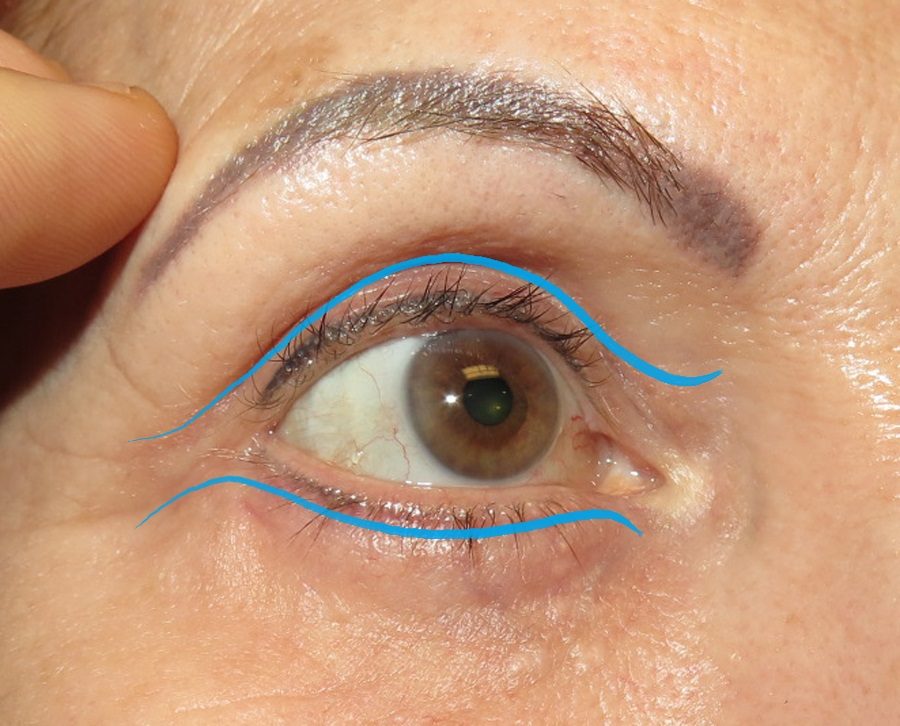 Finally, for the full blepharoplasty result, cropped images of the patients eyelids preoperatively and at 3 months postoperatively can be seen below.  Please note that there was an “internal” brow lift performed with the upper blepharoplasty procedure: basically, the muscles that pull the inner brow downwards were released, and the muscles that pulled the outer brow downward were released as well, and a stabilizing suture was placed under the “tail” of the brow.  This led to some subtle brow lifting and increased the definition of the eyebrow as well. 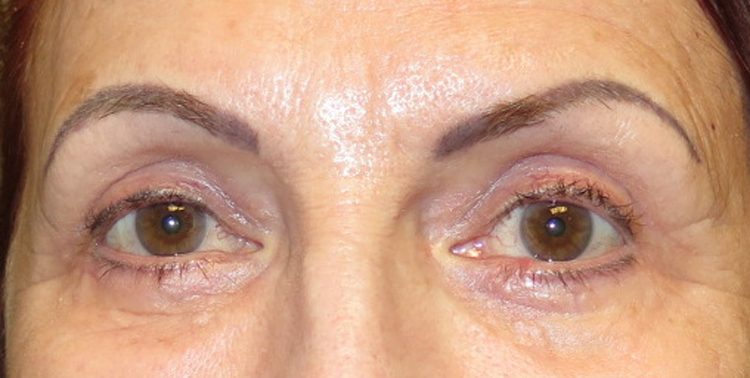