Most Asian patients who seek elective upper eyelid surgery (blepharoplasty) are concerned about eyelid fold symmetry.  The upper eyelid fold overlies the lid crease, like a curtain that is dangling from the eyebrow “curtain rod” (Figure 1).  If one eyebrow is lower than the other, the lid fold on that side is more prominent, and falls lower:  the curtains are the same length on each side, but the curtain rod that suspends them is simply lower on one side.  There are other reasons for the fold to look asymmetric as well. 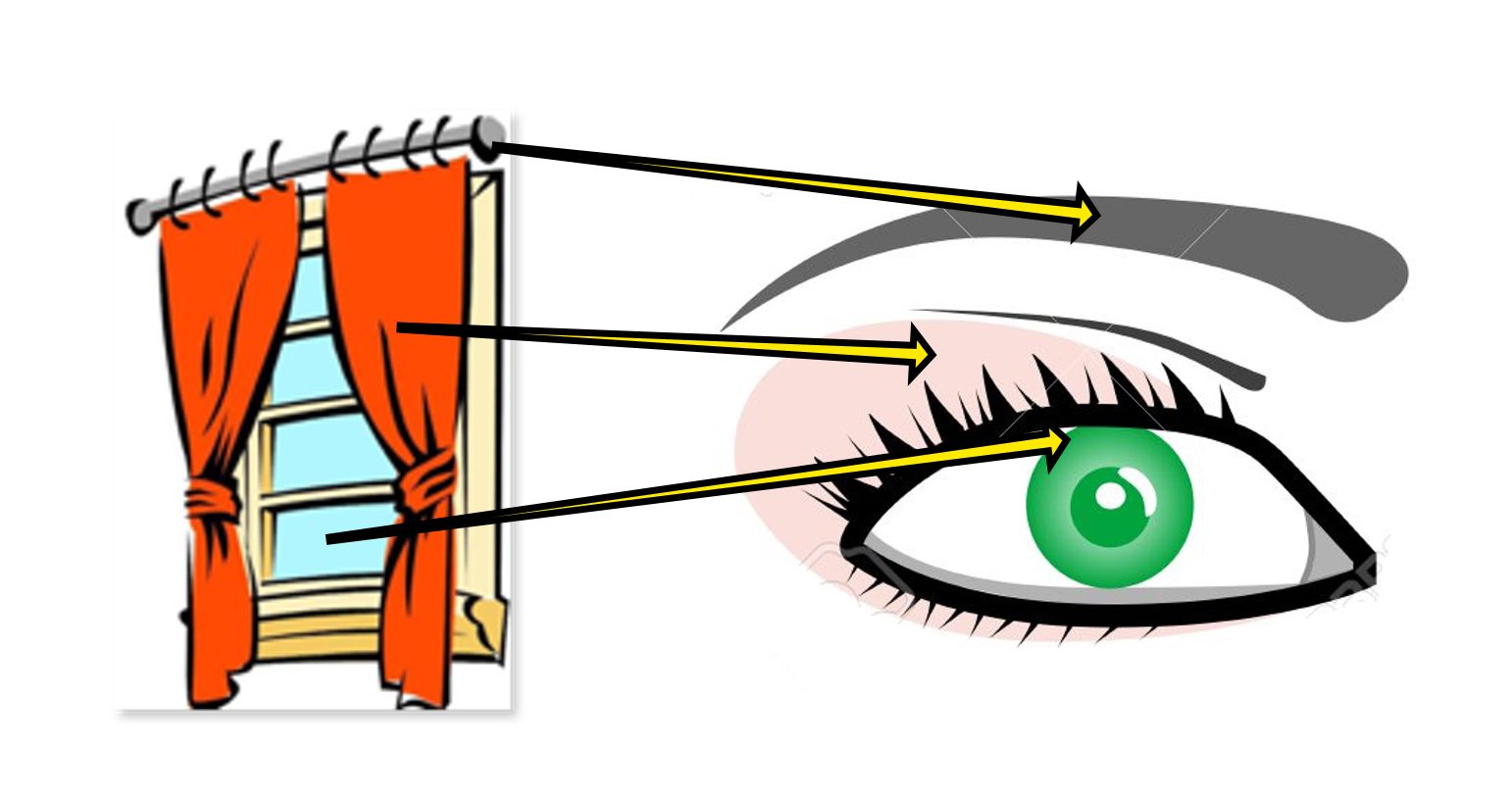 As detailed previously, upper eyelid fold symmetry is also influenced by true eyelid position (the true eyelid margin is where the lashes come off of the eyelid).  If the curtain rods are similar, and the curtains are the same length, there can still significant eyelid fold asymmetry if the true lid position is different between the two eyes.  To illustrate this type of asymmetry, a patient’s preoperative photo is displayed (Figure 2).  Notice that there is asymmetry between the patient’s left and right upper lids.  However, the skin fold is actually identical on each side.  The cause of the asymmetry is that the “window” is open more on the patient’s left: the “true” eyelid, where the lashes come off, is higher on the left.  Consequently, the skin fold overlaps the lashes on this side.

This patient had undergone previous “ptosis” repair of his left upper lid, which raised the “true” lid height:  the window was surgically lifted on the left side. This can be seen when the skin is lifted manually away from the lids (Figure 4) — the left true lid margin touches the eyeball in a higher position on the left side, as compared to the right side.  Preoperative photos prior to that surgery were not available. However, the patient came for a consultation to make his right look like left.  He wanted his right to be open a little more, like his left.  He also wanted the skin fold on his left to look more like the skin fold on his right.

Figure 4. Preoperative photo, skin elevated manually.  The true eyelid (where lid margin touches eyeball) is about 1.5  mm higher on his left than his right.

Figure 5. Preoperative photo, skin elevated manually, markup.  The white dotted lines show the true lid height, which is higher on the left.  The distance between the blue dotted line and the white dotted line, known as the lid platform, is an important determinant in eyelid symmetry.

Surgical planning included right sided ptosis repair.  Because of the need to achieve reliable contour and to make very small changes in lid height, an internal ptosis repair was chosen to make up this small difference in lid height.  The blepharoplasty (soft tissue treatment, removal, and anchoring) was to be performed in a conservative manner.  Attention to the lid crease was explicitly paid,  as well as attention to the preexisting “epicanthal” folds at the inner corners of each eye.

Surgery was performed in the office setting with mild oral sedation and took about an hour.  A 7mm lid crease incision was utilized, with a taper toward the epicanthal folds.  A 7mm internal ptosis repair was performed as well on his right. Numerous internal lid crease augmenting sutures were placed on both sides. The patient experienced mild postoperative pain, which was no longer present during phone followup the next day.  The patient returned one week later (Figure 6) for suture removal and postoperative evaluation.

The patient returned at one month, and then again at three months (Figure 7) after surgery.  The three month postoperative appearance is notable for significantly improved lid fold and lid height symmetry.  The patient was quite happy.

It is very interesting to observe that the left upper lid, which was initially higher, has fallen somewhat. This is not something that would have been directly caused by the surgery on that side.  This is an indirect response and demonstrates that the lid heights between one eye and the other interact:  changing the lid height on one side can effect the lid height on the other side, sometimes in a subtle way and sometimes in a dramatic way, through a neurological phenomenon known as the Hering effect.  It is partly for this reason that every upper lid ptosis patient is told there is a ten percent change that they will require touch-up or revision after their surgery.