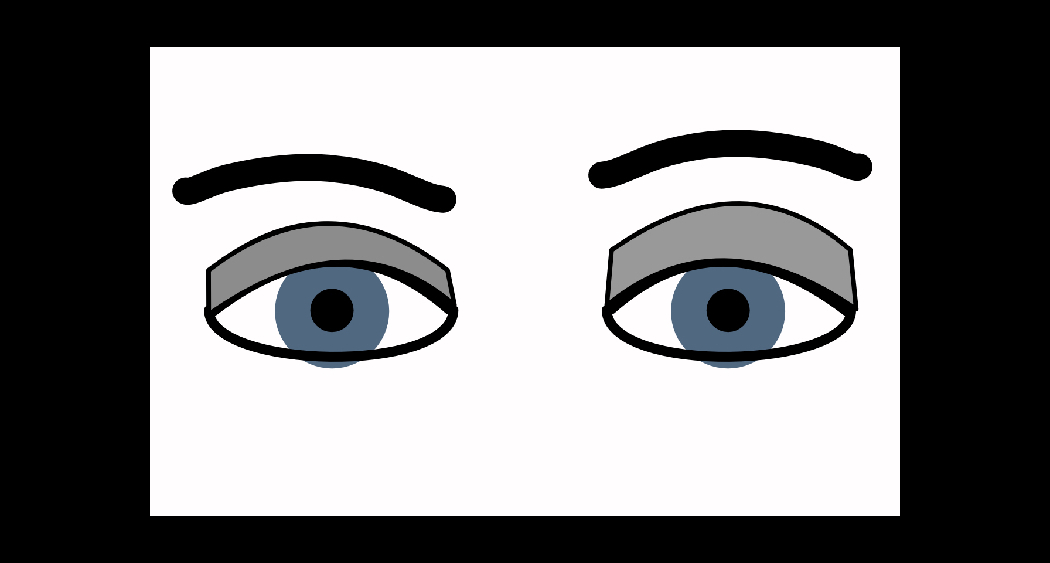 There are several visual cues that we pick up on when we look at someone’s eyes.  We often notice when right doesn’t look like left.

The diagram below shows some relevant upper eyelid features that can affect symmetry: 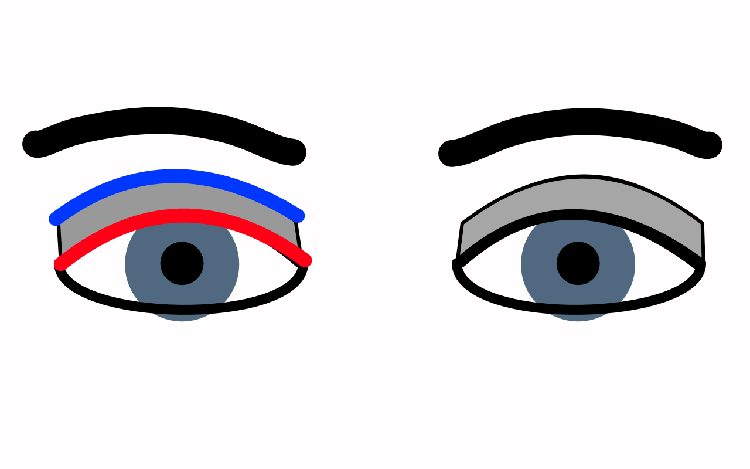 The gray shaded area is the “eyelid platform”… that’s where women use eyeshadow etc.  The red line is the lid margin, where the eyelid sits on the eye. It is low in “ptosis.”   The blue line is the skin fold between the brow and the eyelid margin — this skin fold is removed in blepharoplasty.

In my experience, the single most important feature that people use when determining symmetry is the eyelid platform.  If there is platform asymmetry, people interpret this as a “droopy lid”.

In the example below, the eyelid heights are identical (the eyelids touch the eye at the same position).  The difference is that the platform is larger on the right side of the image.  This is because the brow is a little higher on that side. 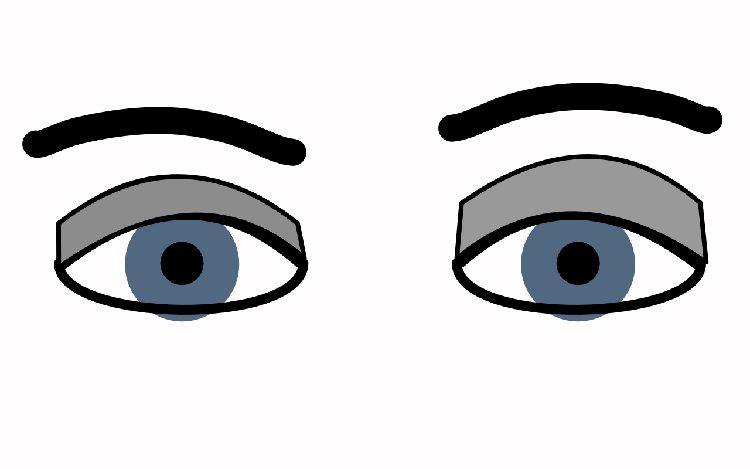 Uniformly, these patients will say that their their upper eyelid droops.  It does not.  The difference is due to platform asymmetry.

That brings us to an interesting clinical example.  The patient below has a lid droop – a true “ptosis”, where the lid is too low on the eye, and it is impacting her vision.  However, she has a history of a forehead surgery on her left side, with scarring, that has left the brow fixed to a much higher position than the other side. 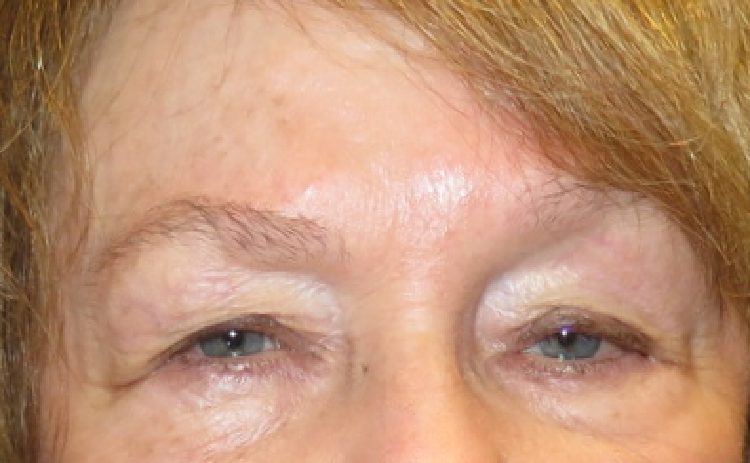 The surgical solution had to involve correcting the ptosis (lifting the “red line”, the lid margin position).  However, tissue had to be removed as well.  Removing the same amount of tissue from each side would make her unhappy, and she would feel that her left eye looks droopy, because more of the lid platform would have been visible.  This is because of the difference in brow positions.

The surgical solution was to remove significantly less tissue from her left upper lid than from her right upper lid, which lifting both lid heights to identical positions.  The goal is to have a symmetric lid platform.

She is depicted below, three months after surgery. 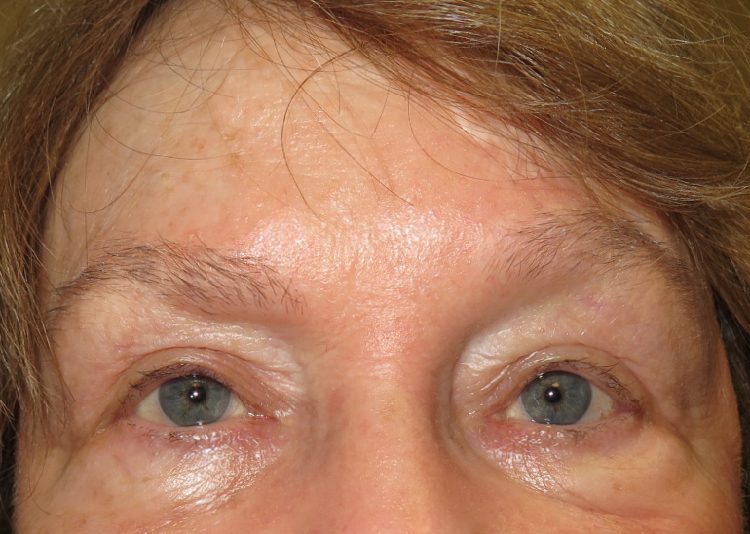 The eyelid platform and lid height are both symmetric, and neither eye looks droopy.