Entropion – Fixing the eyelid when it rolls inward

When the eyelid is turned inwards (known as eyelid entropion), this can cause significant discomfort.  It can even damage the surface of the eye (as evidenced by the whitish scar on the cornea of the patient below, from upper lid entropion).

Entropion, the inturned eyelid, is due to two basic causes: scarring on the inside of the eyelid (the contraction of which leads to curling inwards), or looseness of the eyelid (which allows it to roll in).  Scarring on the inside of the eyelid is the least common cause of entropion in the developed world.  This is not the case in the developing world, where trachoma leads to a scarred internal upper eyelid (eventually causing blindness as the scarred upper eyelid chronically rubs back and forth over the cornea with each blink).

In the United States, the most common causes of inturned eyelid is due to laxity of the eyelid, usually of the lower eyelid, and usually in the older patient.  Chronic irritation from an inturned eyelid can lead to vision loss, and should be fixed.  The standard “cookie cutter” lid tightening has a high failure rate, for a number of reasons:

Proper surgical treatment would involve attention to all three of those abnormalities. Below is a photo of a patient with entropion of the left lower eyelid.  You can tell that the eye is irritated, because it is red, and the upper lid is drooping a little bit from the discomfort. 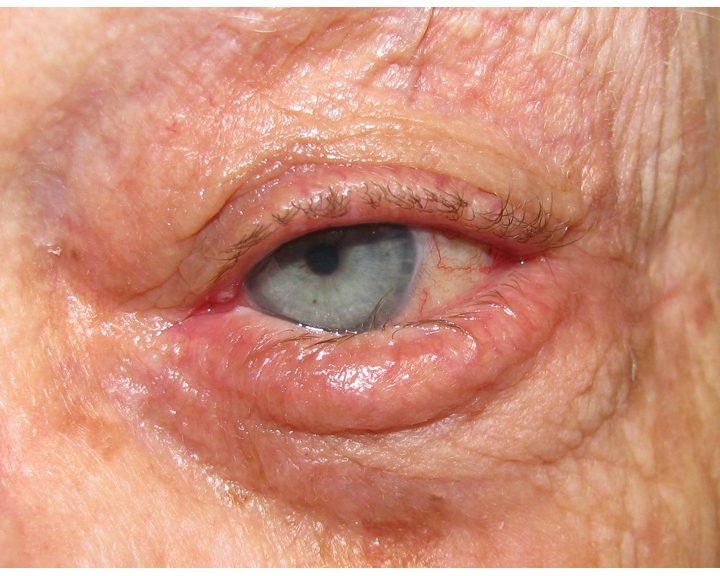 The same patient is seen below one week after repair.  There is minimal swelling.  There was a small incision on the outside corner of the lower eyelid, which is not visible.  The larger incision is on the inside of the eyelid, which heals rapidly with minimal symptoms. 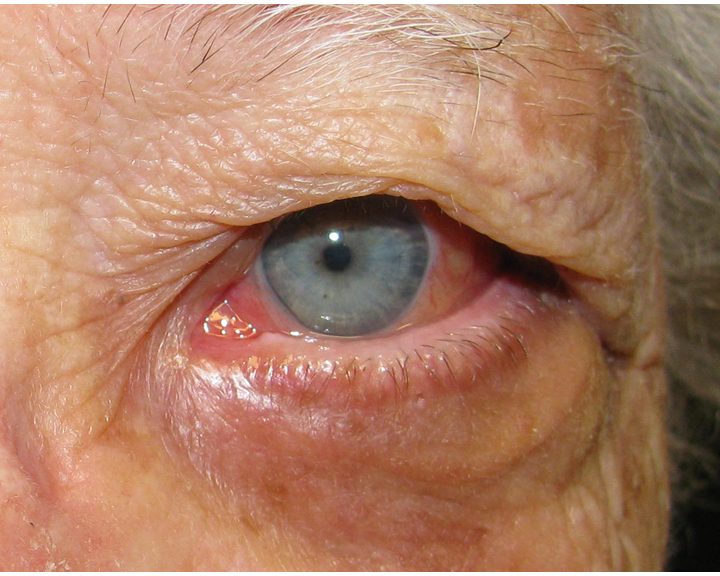 The surgery took about 1/2 hour and was peformed while the patient was comfortable and awake.