A 68 year old woman came to see me at the start of 2021 with a complaint of her right eye not closing, leading to tearing, redness, pain, and light sensitivity. She has a history of severe facial burns 35 years prior, with some surgical rehabilitation at that time.

She presented to me with a shortage of skin on the right upper and lower eyelids from the severe burns. The upper lid had no skin fold, because there was not enough skin to create a fold. The lower lid was turned out, and the inner pink lining of the lower eyelid was visible. 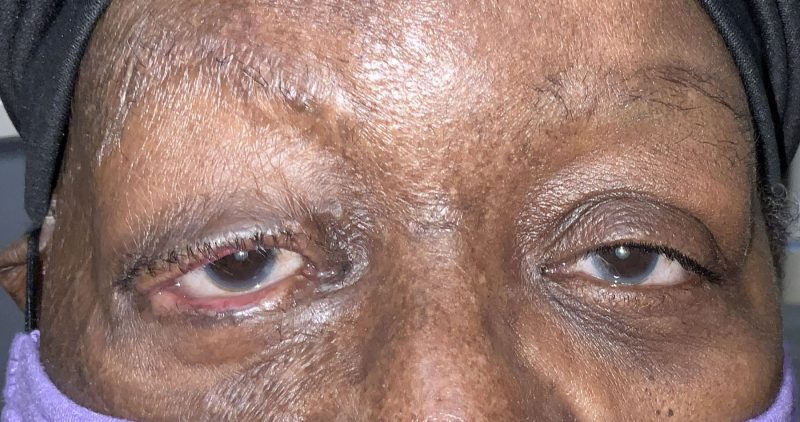 She did not have enough skin to close her eye properly. 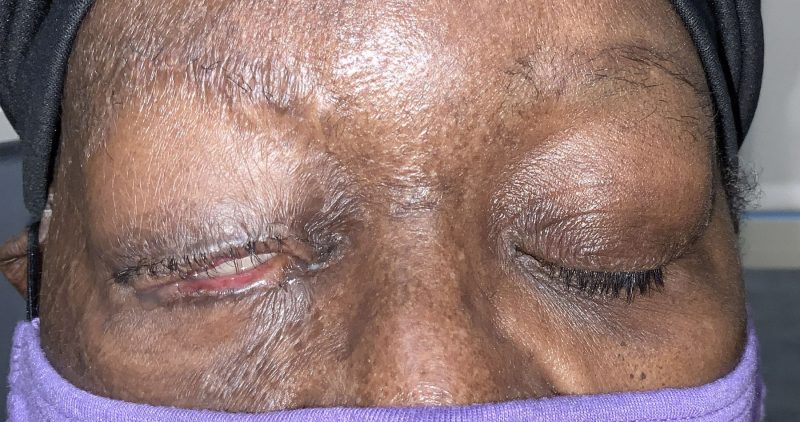 The first step in rehabilitation involved adding more skin to the upper and lower lids. The surgical plan involved tightening the right upper and lower eyelids at the outer aspect (canthoplasty), followed by skin grafting, with the skin obtained from the right clavicle. The severity of her problem was immediately evident at the start of the surgery, as the next photo shows. This photo was taken at the start of the surgery, when the patient was asleep. 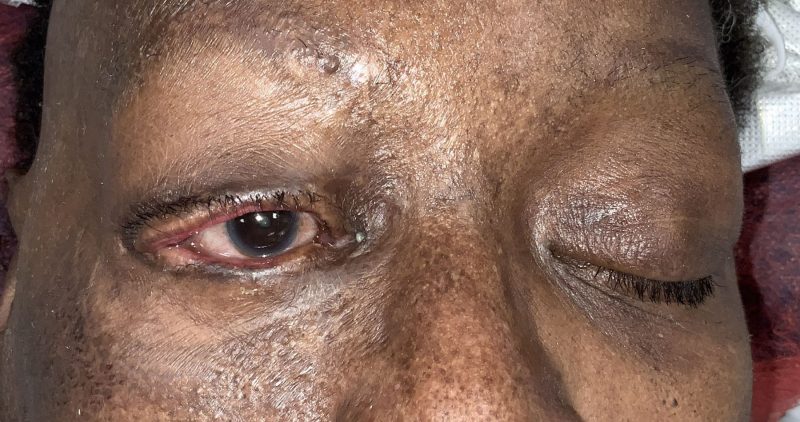 While the patient was asleep under general anesthesia.

Skin grafting has a long healing period. She is seen postoperatively at month 2, and again at month 5, below.

2 months after skin grafting to the right upper and lower eyelids.

5 months after skin grafting to the right upper and lower eyelids.

At this point, the skin graft was largely healed, but the lid remained low. The next step was to correct ptosis of the right upper lid, which was performed a full 6 months after the initial surgery. Below, she can be seen with excellent lid symmetry, symmetric lid folds, symmetric lid height, and normal closure. A truly life-changing outcome!

3 months after her second surgery.

3 months after her second surgery.